Last year when we got Yoshi, we were told he was a day short of being 7 weeks old. I counted backwards and put his birthday on my phone's calendar. I can't believe that day is already here!!


We kept him in a bedroom until he was big enough to be able to explore on his own. And until his big sister got used to him being around. She was Not Thrilled for a long time, but there was never any bloodshed!

Having a kitten was a new experience! It had been so long since his older sister was little that we'd forgotten how quickly kittens get into things and how much they love to play. 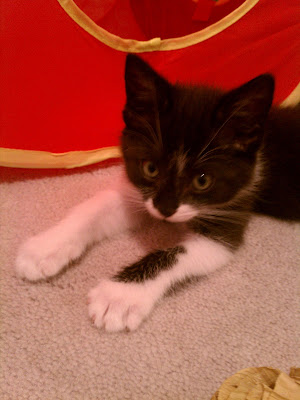 He loved playing in his "house" and soon destroyed it with his needle-like claws. 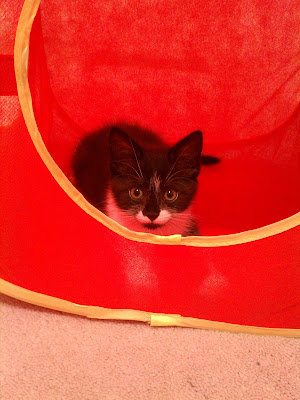 We soon learned that he could fall asleep anywhere, in any position.... 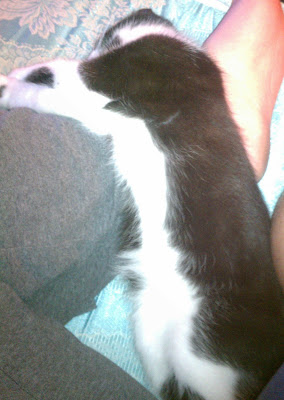 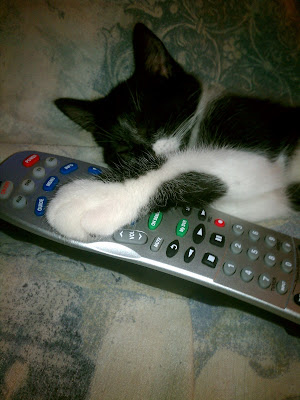 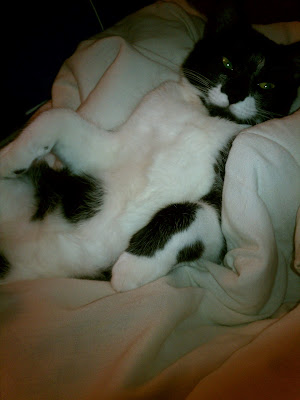 But he absolutely loved being held. He's so cute that we never minded! 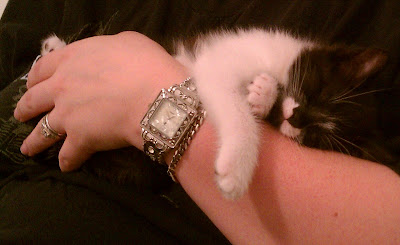 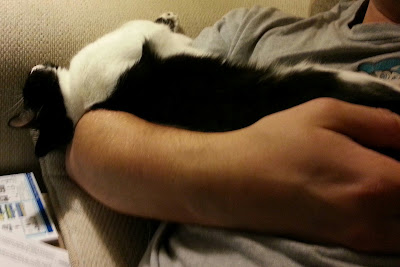 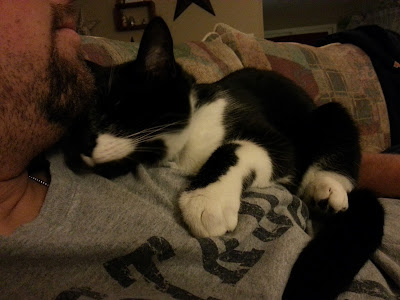 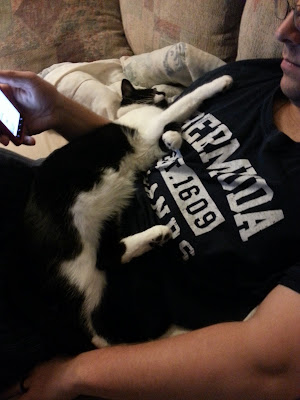 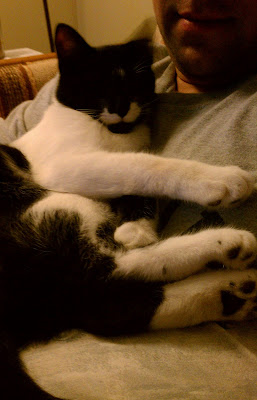 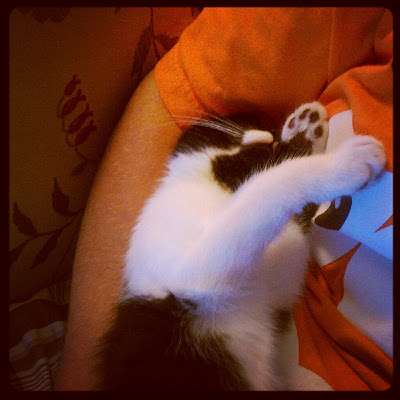 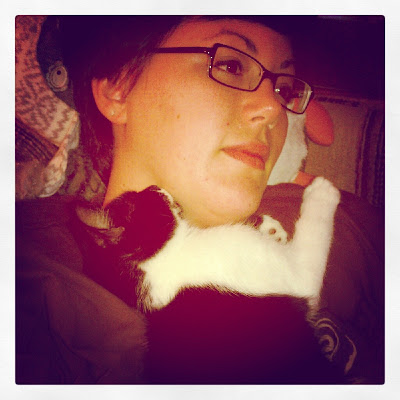 As you can see, he sometimes likes to get rightupclosetoyourface when he sleeps. He especially likes to rub his cheeks on his daddy's prickly chin. 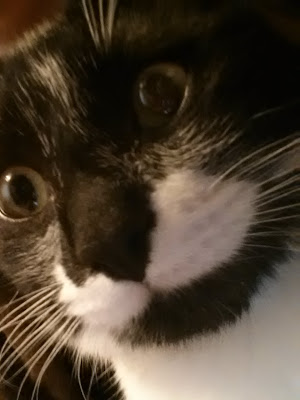 He is curious about e.v.e.r.y.t.h.i.n.g. Sometimes it gets him into trouble... 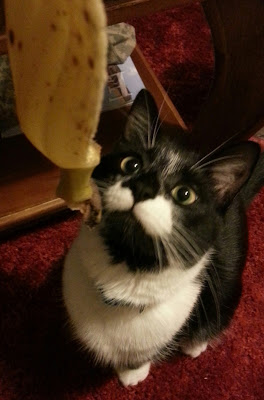 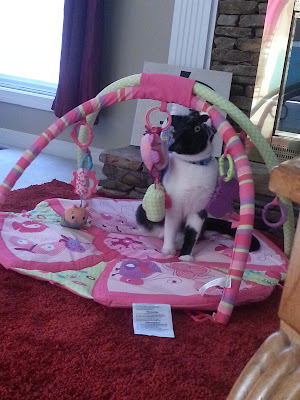 He shares his sister's love of bags and boxes of any kind. 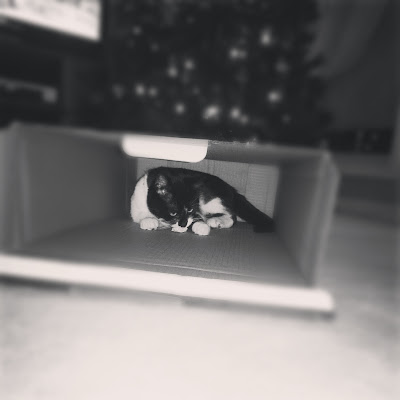 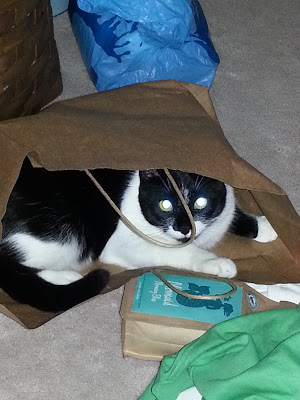 Speaking of his sister, they get along exist together. He has reached the point that I call "typical pre-teen boy." He likes to annoy his sister just because he can, then manages to look completely innocent when he gets into trouble for it. Just this morning, we had the "I'm not touching you!" scenario. 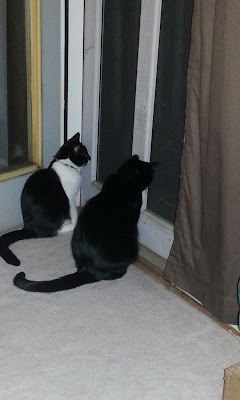 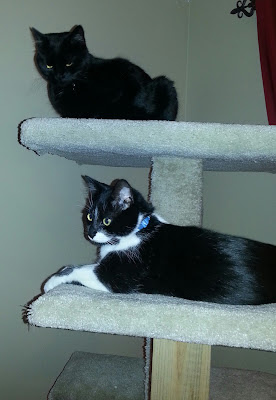 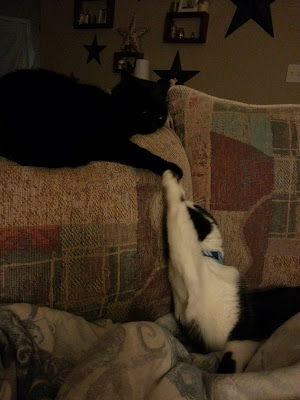 He likes to surf the internet with his dad. Or he could be keeping an eye on the mouse.... 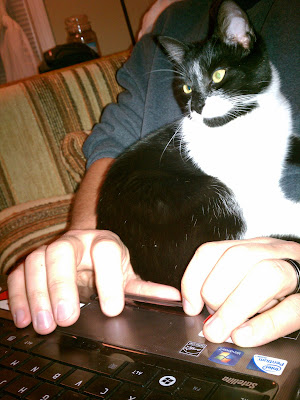 He even prays with us.

All in all, life would be very quiet and boring without him around!

Posted by Jessica at 8:39 AM No comments: Links to this post

Long time no bloggy. I've been around. Just. . . around. Nothing much new going on.

Well. There's always new going on, but this is nothing-new-that-I-want-to-blog-about-because-I'm-still-in-the-whiny-stage-and-no-one-wants-to-hear-that.

So here's some happy pics from our recent trip.

The hubs and I decided to take some time off together since we both had it available. We thought we'd just hang out at home, go into Atlanta, maybe finally go see the aquarium, etc. Nothing big.

So a week before our time off was to start, we came home from church, sat down to eat lunch, and he said, "You know, maybe we should go to the beach."

Of course, I didn't need much convincing. We had just been at the beach in October (-ish because the one day we made it to the beach it was cloudy and really windy and we just couldn't enjoy it as much as we wanted to--although we can say it was a good experience and we've been there, done that) but I'm always up for a beach trip.

I jumped online, found a pretty good rate at a beachside hotel on Tybee and the next week, we packed up and headed out! 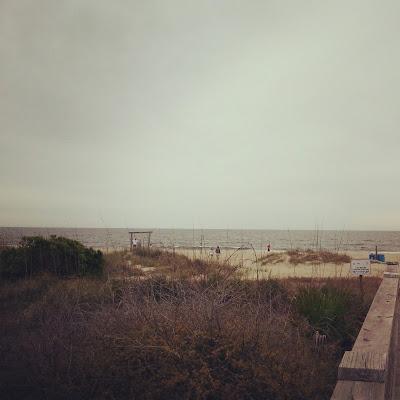 The day we arrived, it was overcast. We parked at the lighthouse and couldn't wait to get our feet in the sand! 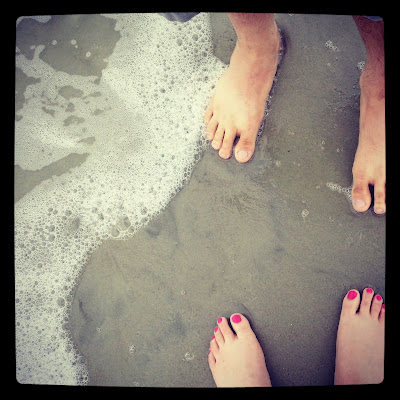 The water was pretty cold too!
That night it poured rain (hence the start of our Downton Abbey addiction!) and was supposed to rain all the next day too, so we made plans to head into Savannah and take in the sights on River Street. It was fun checking out all the shops, even though they all pretty much carried the same tourist-y souvenirs and stuff. 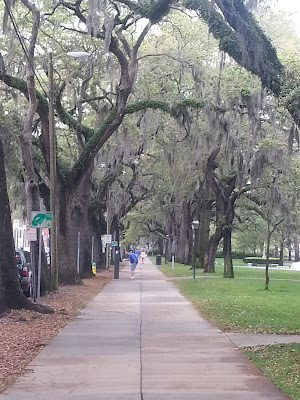 Everywhere you go, you have to pay to park. In Savannah, it was only about $1 an hour. That's Jeremy in the picture, paying at the little station. 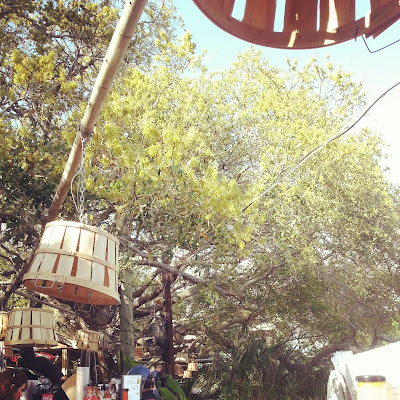 There are several restaurants on Tybee and I was set on trying the best ones. I had only eaten at one place on Tybee before, in all my time here, so I was excited. I think my favorite was this place on the marsh. NOT because there were kitties all around, waiting for a nice, seafood-y hand out . . . 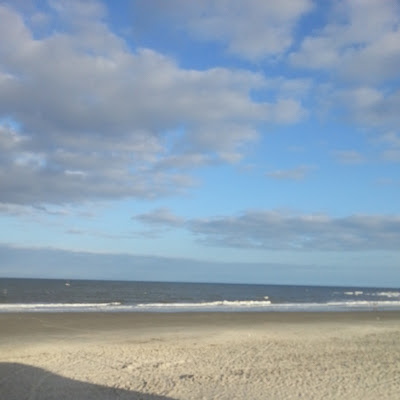 Finally, on our last day, the rain moved out and the sun shone bright. First we rented some bicycles and rode up and down the beach for a bit. That was fun. Er. Kinda. Then we went back to the room, changed and grabbed our beach gear and made it down to the water about 11 a.m. Hardly anyone else was out there then.

It was so nice to just be able to relax! I had brought an old sheet to lay on instead of using our towels. My pod was on my stomach so all I had to do was dig a little hole in the sand through the sheet and line up my body accordingly. Haha!

I could probably have spent the remainder of the week there, just like that, but we had to leave the next morning. That evening we took a final walk on the pier as the sun set. 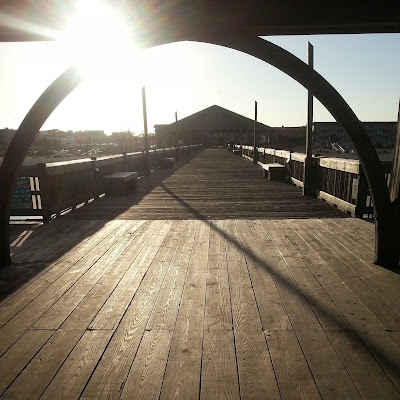 The south end of the island where the pier is located is not my favorite part, but during the week it's fairly quiet. Most of the restaurants and several shops are located at this end too. We watched some people fishing off the pier. No one seemed to be catching anything though.

On our way home the next day, we first stopped by to see my favorite customer (hi Sheila!) and then we stopped at a large Bass Pro Shop. Why? I don't know. Neither of us are particularly sporty or outdoorsy. But it was entertainment. Then we stopped at the outlets and picked up some kitchen gizmos--I definitely could have spent more time around there, but didn't really need to.

Home again, home again!
First the kids acted like they didn't even realize we had been gone. Until later that evening when they started going crazy. What can I say? Cats are strange.

Yoshi will be a year old next week and is pretty much just as big as Sophie. His paws are finally proportional to the rest of him! He's in a pretty jumpy stage--meaning he jumps at the slightest movement if he's not expecting it. He's also I.N.S.A.N.E. for the laser pointer. More on that next week!


Posted by Jessica at 8:11 AM No comments: Links to this post