Wow, it has been an insane couple of weeks.

I've had a few spare moments to post an update, but I haven't because. . . well, I'm lazy.

Here's what we accomplished last weekend:

First, since the weather was gorgeous and not so stinkin' hot, we headed outside and attacked the insane bush that was trying to take over our front yard. Like, literally.


There are still a bunch of roots we need to dig out but this is a HUGE improvement over the way it looked previously. I'm pretty sure it will come back just as big as ever next year.

Then we took our exhausted selves inside and I started cleaning the mantle that I got several weeks back. 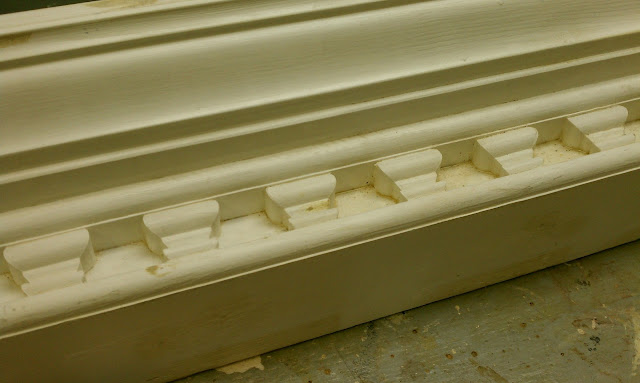 Someone (a man, I'm sure) had used wood putty to fill in some of the nail holes and cracks. But they got the putty everywhere and never sanded it off. So I had to use quite a bit more elbow grease than I thought to get it off.
Once it was cleaned as well as it ever could be, I let it set and dry off for a few minutes. 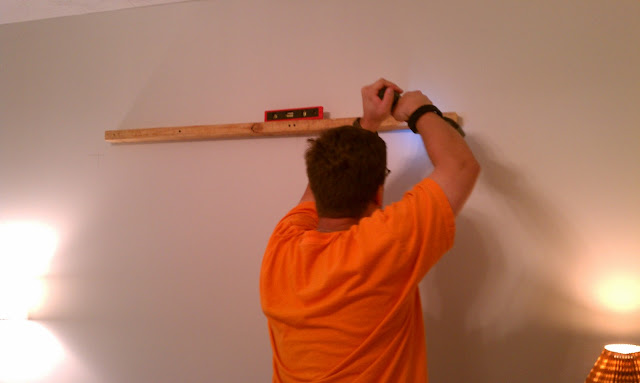 Ta da!
After all that, we were quite tired and pretty much collapsed for the rest of the day.

I had spray painted our new light for the breakfast area earlier in the day, allowing it to dry while we were puttering outside. We just need to purchase a new rewiring kit and it'll be ready to hang.

This coming weekend I have set aside to paint the chair I got in PA. Hopefully.

We're also counting down the days until vacation. After the past couple of weeks I've had at work, I sincerely need one.

In other news, our little guy is getting so big! He's over 4 months old now and weighs almost 5 pounds! This is significant because occasionally he still forgets himself and attempts to claw his way up my leg when he wants attention.

I'll leave you with this bit of cuteness: this is his post-dinner snuggle habit. 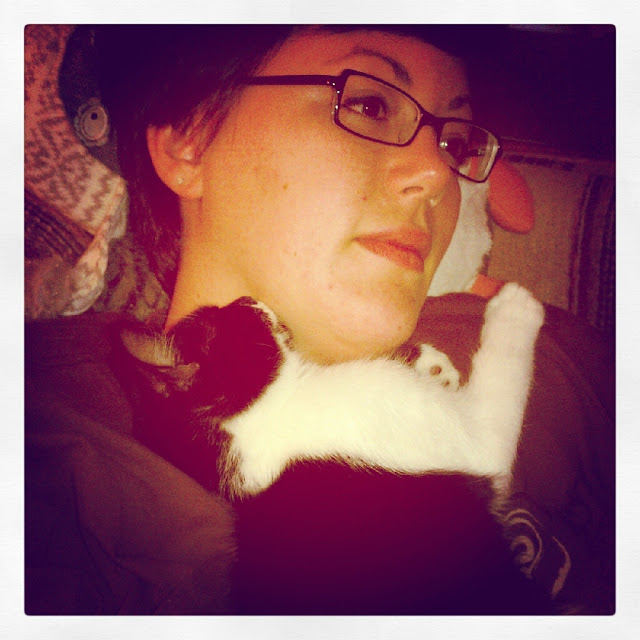 Posted by Jessica at 12:19 PM No comments: Links to this post

Not bullets that you shoot with, bullets that you use in documents. Why? Because I haven't posted in a couple weeks and my thoughts are so scattered that I'm not sure I can compose material for just one blog.

Now this is a nice sized post that's turned into more of a rant. Sorry about that. Sometimes you just have to get things out, you know?